It’s been three months since my post ‘The End’ when I was high with the exhilaration of finishing the latest draft of my novel. Since then I’ve been patting myself on the back and enjoying a little time away from the slog of writing such a huge piece of work while juggling a family and maintaining some kind of a life that doesn’t resemble a hermit. But as the weeks have ticked down it’s also been getting closer to the day when I knew my      inbox would ping, or my phone would ring, with the response from my editor. In my fantasy world she’d say, ‘ you’re a genius! It’s fabulous. I couldn’t put it down. Don’t change a thing.’ But of course, it’s not fantasy. It’s the real world. When she contacted me last week, what she actually said was, ‘Better, but still needs more work!’

More work?! It’s been three years already. I need something to happen with this. I need some payment to keep working on this. I need a big fat juicy carrot. I need guarantees. Oooops. I did it again, didn’t I? I slipped back into fantasy mode. Because of course there are no guarantees, not in the writing world, at least. No point pretending,  I was gutted. I might even have shed a self-pitying tear or two as I licked my writerly wounds.

At first, I was alarmed at the scale of the changes that were being suggested, but several emails later, and after I’d read a sample of the manuscript that she’d already edited, I had to admit – it was better. I began to understand that the story was not being criticised. She was only improving what was already there. ‘Gardening’ as she calls it – cutting back the weeds to let the ‘beautiful prose shine through’ (I liked that bit!) My editor is highly sought after. Her reputation speaks for itself. I am very lucky to have her onboard. She would not want to put in extra work if she didn’t think it was worth it. If she didn’t think  my story had potential. So I’ve put my writer’s ego (didn’t even know I had one until last week!) back in its box and I’m putting my trust in her and her expertise.

Richard Branson openly admits to hiring people smarter than him. He surrounds himself with better people, so he can be better too. (I think this is what I subconsciously  did when I married my husband ) Most things in life are a team effort – once the hard slog of a solitary  1st draft (or 2nd or 3rd!) is done, the reality of writing is no different. No one writes in a vacuum. Everyone has help. This week I learnt why every writer needs an editor. And so, it’s true of life. Here’s to the TEAM. Whoever your members might be. 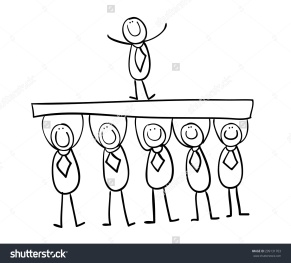